In 1917, the British Foreign Secretary, Arthur Balfour, stated in a letter to Lord Rothschild, a British Jew, that the British government viewed with favour the establishment of a “national home for the Jewish people in Palestine”, then an Ottoman region in which only 10 per cent of the population was Jewish, “it being clearly understood that nothing shall be done which may prejudice the civil and religious rights of existing non-Jewish communities in Palestine, or the rights and political status enjoyed by Jews in any other country.” 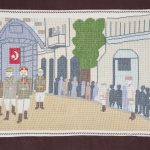 Next »British capture of Jerusalem, 1917 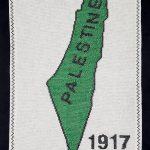